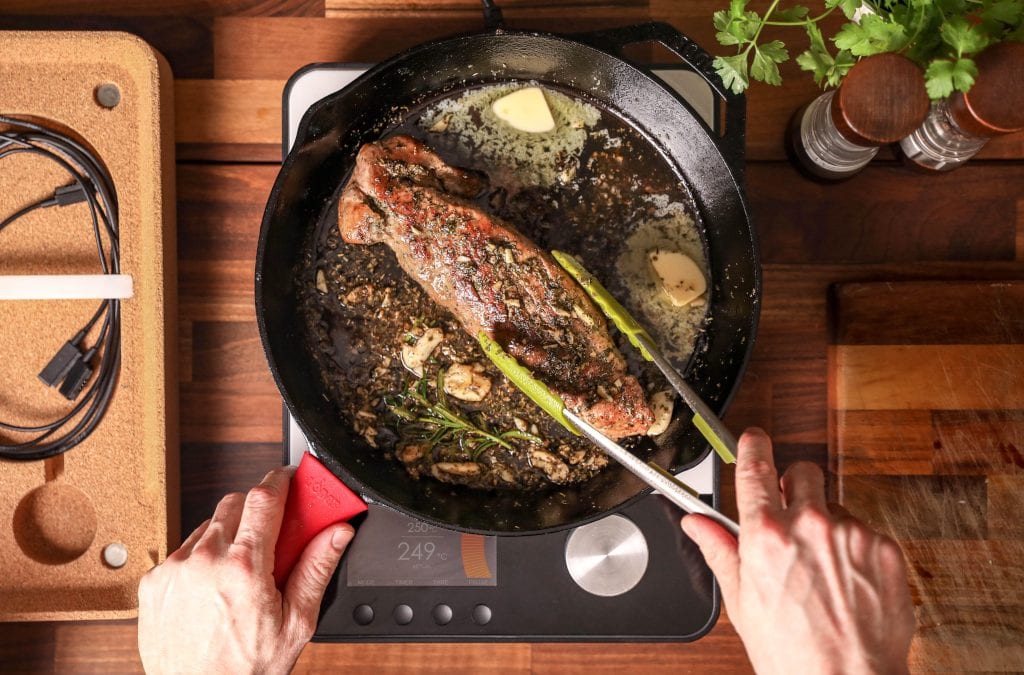 The design duo behind pioneering kitchenware for prestigious clients including Joseph Joseph and Jamie Oliver is set to shake up the kitchen smart tech market with the launch of their innovative, pack-away smart cooker, the Njori Tempo.

The Njori Tempo offers the precision necessary to craft restaurant-standard dishes at home. Currently this is simply not possible to achieve using a conventional gas or induction hob. And the Njori Tempo does so without the mountains of kitchen gadgetry that foodies and top chefs have ordinarily employed to pull off such gastronomy. It’s designed with today’s smaller kitchens and urban living space in mind, and packs-away to be stored on a standard bookshelf.

Perhaps this is the very thing you need for your future staycation?

“The Tempo would be great for guests that love to cook and want to experiment with some of the lovely local produce whilst on holiday,” says Njori co-founder and product designer Nick Orme. “As a versatile slimline cooker it offers a whole host of precise cooking techniques and won’t take up lots of counter space.”

The Njori Tempo comes in a stylishly sleek, compact unit that packs a huge amount of culinary tech, including a feedback loop that enables the user to set and maintain a precise temperature for sous-vide, deep-frying, shallow-frying or slow-cooking; integrated scales for weighing ingredients before and during cooking, as well as enabling users to reduce by a specific weight; an assortment of probes to test the temperature of the food itself; and an ergonomic, magnetic dial to make delicate temperature adjustments that influence the food temperature, rather than the cooking temperature.

“It’s a precision cooking tool that’s a joy to use and at a price point that we think will give it mass appeal,” says Orme. “Every aspect of the user experience has been considered in the design of the Tempo, from the on-screen interface to the feel of the magnetic dial. This product has been a long time in the making and we’re so excited finally to be able to share it with fellow food lovers.

“The Tempo uses very efficient induction heating that actually heats the metal of the pan rather than an element, like a traditional hob. As such, it’s a quicker and far more efficient way of cooking and wastes less heat as a by-product of cooking.”

The Njori Tempo pre-launched on Kickstarter on 26 May, before retailing later this year. You can join the Kickstarter campaign.

Trainhugger Gets Britain Back on Track