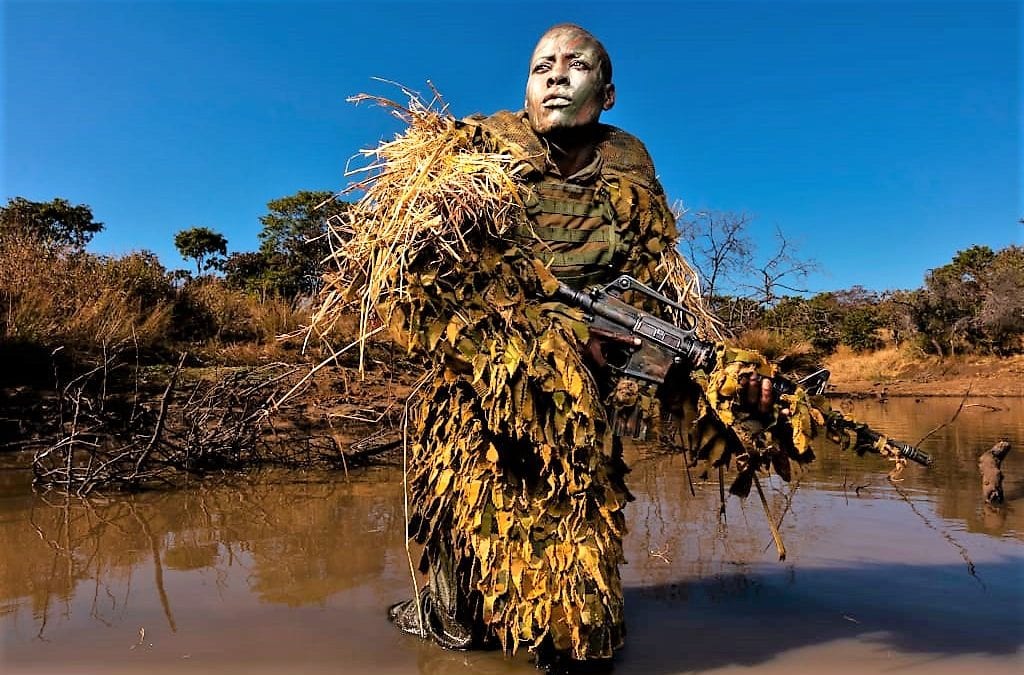 With the global death toll from Covid breaking the four million mark, it is easy to imagine that pandemic is solely a human tragedy. Unfortunately, while the sheer enormity of the human loss is something that would have been inconceivable two years ago, if anything the impact on African wildlife might even be greater.

At the end of this month, 31 July will mark World Ranger Day, a project supported both by Great Plains, a company which runs luxury safaris in the continent as well as financing much-needed conservation work through its foundation, and safari specialist Expert Africa. The day will highlight the work by anti-poaching rangers across the continent, something made more important since the start of Covid.

“Some areas have lost 80% of their wildlife,” says Dereck Joubert CEO and co-founder of Great Plains. The cause of this devastation is not the virus itself, but the human consequence.

Joubert talks of the first wave of the pandemic when luxury wildlife safaris – and their much needed revenue – disappeared. This transformed into a second wave when transnational poaching ran amok.

“The wilds of Africa were left unattended by tourists, and by rangers who had to stay at home,” he explains.

With the plains left deserted by man, the poachers had a free hand.

“At the very start of the pandemic in 2020, I looked around at what could happen, how bad it might get and took some immediate actions,” he adds. “Knowing that tourism would collapse and that impact on conservation would be devastating, I quickly deployed our own guides and drivers to monitoring work at Great Plains, but then saw that left and right of us everyone was in panic and cutting back on staff everywhere.”

Joubert’s solution was to establish Project Ranger, to fund rangers to patrol areas where Great Plains was not operating. According to Joubert, it costs roughly $500 a month to keep one ranger in the field.

“In just over a year we have managed to raise slightly over $1 million and distribute to nearly 200 rangers across nine countries,” he adds. “So far it’s been very effective and we are very efficient in getting donations in and out within a week so it is really an emergency fund.”

Joubert is not alone in his work to confront those poaching African wildlife.

On 23 June, UK conservation charity, How Many Elephants (HME) launched World Female Ranger Day to celebrate and support the work carried out by female rangers to combat poaching in Africa.

How Many Elephants, founded by adventurer and conservationist Holly Budge, has worked closely with female anti-poaching teams in Africa including South Africa’s Black Mambas and the Akashinga in Zimbabwe, the all-female anti-poaching arm of the International Anti-Poaching Foundation (IAPF), which Expert Africa also partners.

Many of these women have overcome abuse and extreme poverty. Their important work in animal conservation and anti-poaching is changing attitudes towards female roles in local communities.

“By creating World Female Ranger Day, wild animals will have a greater chance of survival due to the stronger presence of anti-poaching rangers on the front line. Safeguarding these wild spaces and deterring poaching activity, the strong and powerful women are an instrumental force in the protection and the future of these vulnerable animals,” says Budge.

National Geographic’s 2020 documentary Akashinga: The Brave Ones, which premiered at last year’s EarthXFilm Festival, provides insight into the work of these fearless women.

However, Covid has not given a licence to kill for poachers across the African continent.

There is no one size fits all when it comes to a rise in poaching due to Covid 19. How Many Elephants has found that this varies from country to country.

In Rwanda despite the massive downturn in tourism, wildlife conservation continues as normal.

“In Rwanda, nature comes first,” says Prosper Uwingeli, Chief Park Warden, Volcanoes National Park, Rwanda. “The country has always maintained stringent anti-poaching measures across its national parks and we have not seen a rise in poaching since the start of the pandemic. When the parks were closed during lockdown, essential monitoring continued to track the health and location of wildlife populations.

“We are grateful for the dedication of Rwanda’s rangers, many of whom isolated away from their families to protect wildlife from COVID.”

However the economic crisis has hit hard and made it ever more difficult for organsations like Project Ranger and How Many Elephants to fund their vital activities.

“Navigating the fundraising space is challenging right now as many people are looking inwards,” says Budge. “But the bigger picture remains; there are front line workers operating in Africa without government subsidies, making it harder for their work to continue. We, at How Many Elephants / World Female Ranger Day, are drawing on every available resource to try and help female rangers continue with their vital work.”