Index > News > 30th Anniversary of the Fall of the Berlin Wall 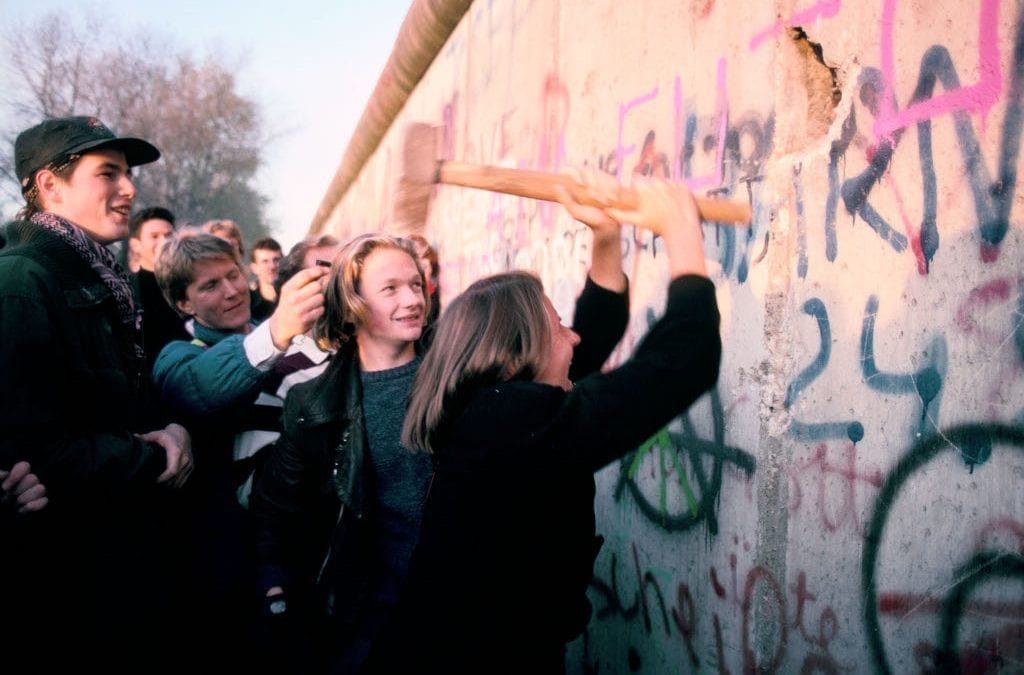 One of the most remarkable events in the last 50 years has to be the Fall of the Berlin Wall. On 9 November 1989, the physical barrier that separated East from West – both Berlin and Germany – was dismantled by protesters clambering for the end of Communist rule.

The events that followed were truly revolutionary, culminating in the fall of the Soviet Union and the Eastern bloc, as well as the unification of Germany in 1990.

Events to celebrate the Fall of the Wall

Inevitably the German capital is planning a series of events to celebrate the occasion, with a week-long festival from 4 to 10 November.

The actual day itself – 9 November – will see a free concert performed at the Brandenburg Gate featuring national and international artists from 5.30pm to 10pm. The concert will feature the Staatskapelle conducted by Daniel Barenboim, as well as the musician Anna Loos.

A series of open-air exhibitions at various places across the city will be open free of charge.

Art installation Visions in Motion will see 30,000 messages floating above the Straße des 17. Juni near the Brandenburg Gate. The installation has been curated by Patrick Shearn of Poetic Kinetics. There will also be a light installation by Rainer W. Gottemeier on the river close to the East Side Gallery running until 10 November from 5pm to midnight.

In total there will be more than 200 events – including walking tours, plays, concerts and films – many of which are free. A full programme of events can be found here.

A 1.4 km stretch of the wall is preserved as the Berlin Wall Memorial, as well as the East Side Gallery, which is the longest open air gallery anywhere in the world. Entrance to the latter is free.

You can simply walk alongside the wall and see examples of contemporary murals.

Other Things to do in Berlin

The German capital is a fascinating and vibrant city, with the things to do in Berlin numerous and varied, from the cultural to the culinary and the musical to alternative.

One of the most interesting parts of the city is Kreuzberg, where you might forgive yourself for forgiving yourself that you are caught in a 1980s timewarp, as if the Berlin Wall had not yet fallen.

The Fall of the Berlin Wall is not the only event being celebrated in the German capital in 2019. This year also marks the 100th anniversary of Bauhaus, possibly the most influential architectural and artistic movement in the 20th Century. There are many examples of Berlin Bauhaus across the city, much of which is somewhat off the beaten track.

One of the great things about Berlin is its transport system with U- and S-Bahns, trams and buses running everywhere across the city. Purchasing a Berlin Welcome Card upon arrival is well recommended. In addition to providing free travel on public transport, including the S-Bahn from Schönefeld Airport, you can get discounts on many places across the city. You can purchase a Berlin Welcome Card from 48 hours to six days at airports and tourist information centres. For more information click here.

More things to do in Berlin