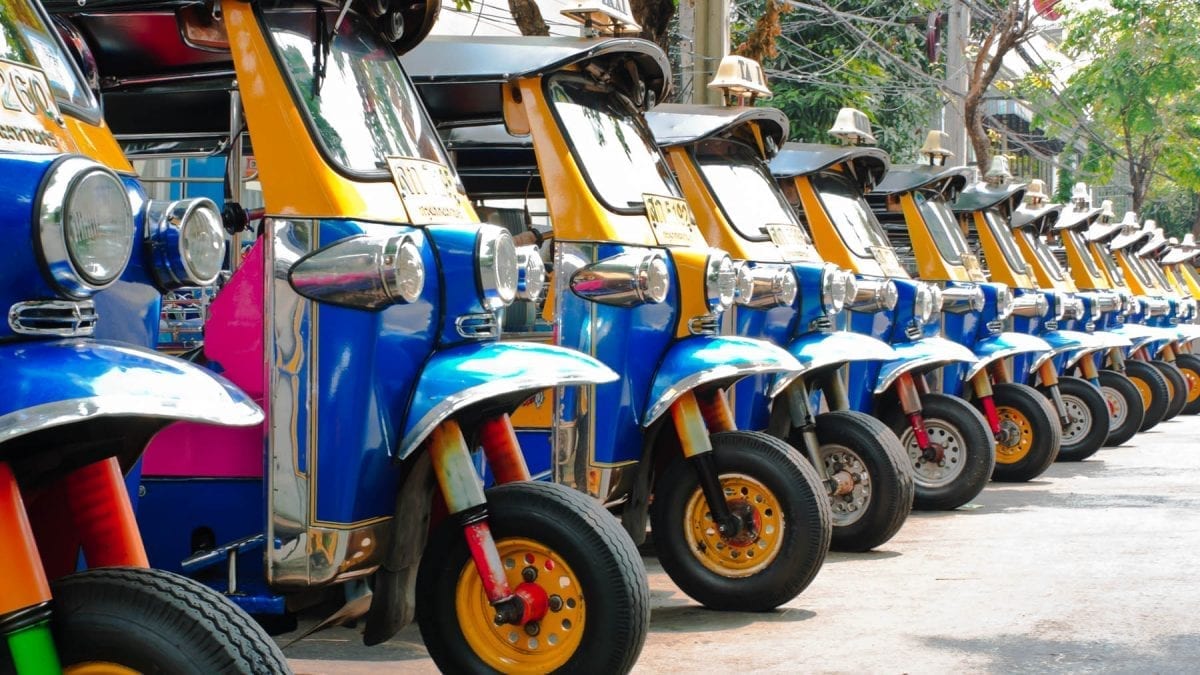 For years the tuk tuk has been eponymous with travel across Southeast Asia, but this July one company has transformed the rickety three-wheel mode of transport into a form of adventure travel.

The Tuk Tuk Club is offering travellers the opportunity to get off the beaten track with a guided tour featuring its fleet of classic motorised rickshaws.

Bruce Haxton, managing director of Tuk Tuk Club, says, “Tuk tuks have such a special place in the heart of both tourists and locals that we wanted to find a way to enhance this distinctive Thai experience even further. After all, holidays can often be just as much about the journey as the destination itself.”

Leaving from the ancient Thai city of Chiang Mai travellers will transfer to the club’s base camp to receive training in how to drive their own tuk tuk. Then, after a blessing in a local temple, the convoy of adventure travellers will cover nearly 400 miles on an 11-day itinerary that puts travellers truly in the driving seat.

With five Tuk Tuks, each group is limited to 15 travellers so there is no chance of ending up lost in the crowd.

“Having the chance to drive your own original Bangkok-style vehicle that has been especially adapted to the tour’s longer journeys through some of South East Asia’s most spectacular scenery will be a memorable experience that we know will appeal to people of all ages keen to try a different way to explore a much-loved destination,” says Haxton.

Winding their way through stunning countryside and cooled by natural air conditioning, the three-wheelers will follow temple-studded rural roads on a circular route towards the Myanmar border, enjoying unforgettable views across lush forests and ancient hill tribes along the way.

Tour highlights include a visit to an elephant sanctuary leading the way in rescuing the animals from trekking tours, with a rare opportunity to bathe with these mighty creatures. Providing drivers with a well-merited break, the tours also include a a six-mile jungle trek through Doi Inthanon National Park, dubbed “the roof of Thailand”.

The itinerary has been designed to include lots of free time to appreciate the country’s tranquil charm, which will include bathing in waterfalls, visits to a caves and villages, and the occasional dip in the hotel pool.

Packages start from £1,295 per person, and include twin-share accommodation in three- and four-star properties, some meals, a temple blessing, the visit to the elephant home and a full-day trek in Doi Inthanon National Park, with professional guide and a tour leader throughout plus a luggage-carrying support vehicle. There is a 10 percent discount for anyone booking a tour sharing a Tuk Tuk as a group of three.

Departure dates and further information can be found at: www.thetuktukclub.com.