McKinlay Kidd has launched five new self-guided trips in Scotland and England for 2018.  From self-drive trips, rail holidays and fly-drives, all can be tailored to customers’ precise requirements.

NEW: Drive from Castle to Castle in a Tesla Take to four wheels for a luxury road trip through Scotland’s sweeping Highland scenery in a new, leather-lined Tesla model S electric car, and stay in two historic Scottish castles – one in Perthshire and another on Argyll’s majestic west coast – en-route. Castle to Castle in a Tesla costs from £1,425 pp (two sharing), including five days’ rental of a Tesla Model S (from Edinburgh) and four nights’ B&B (in five-star castle hotels – Fonab Castle and the Isle of Eriska, both which have Tesla charging points). Departures throughout March to November.

NEW: Scotland in Miniature by Train 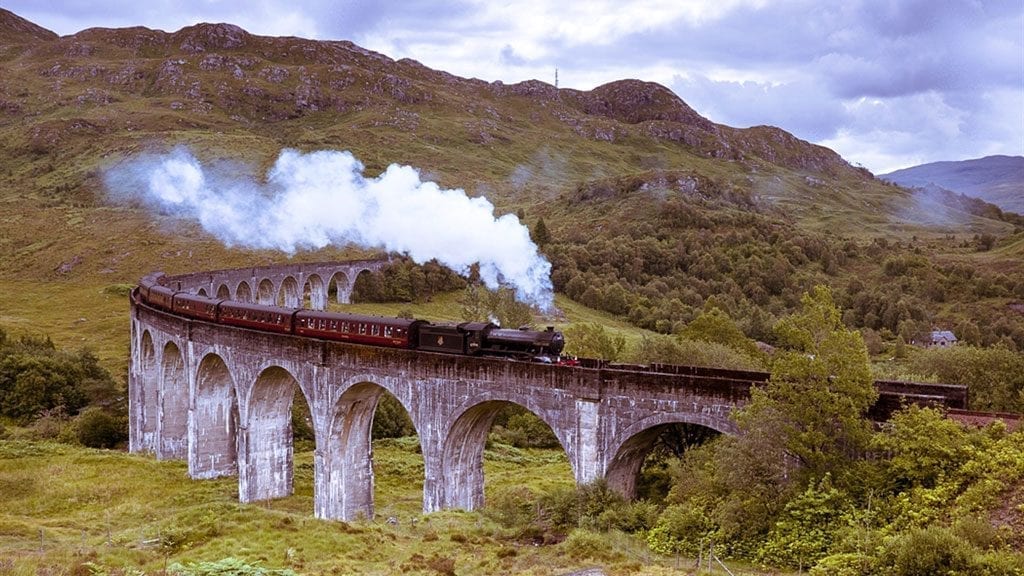 Enjoy a taste of Scotland’s spectacular lochs, mountains, islands and wildlife on a trip combining Oban, the Isle of Mull, Loch Lomond and the Isle of Arran. Highlights include a ride on the West Highland Line – one of the world’s most iconic rail routes – and a guided wildlife safari on Mull with the opportunity to spot eagles, otters, deer and seals. Scotland in Miniature by Train costs from £1,145 pp (two sharing), including nine nights’ B&B in small hotels/guest houses, train travel (Glasgow to Oban, Oban to Loch Lomond and Loch Lomond to Ardrossan), return ferry crossings to Mull and Arran, a wildlife safari on Mull, a boat trip on Loch Lomond and a RiB excursion from Arran. Departures throughout April to October.

NEW: North Coast 500 Fly-drive
The adventure begins with flights from London to Inverness, before a thrilling drive on the North Coast 500. The remote coastal road, “Scotland’s answer to Route 66”, runs for 516 miles from Inverness to the northern tip of mainland Scotland, then round to Durness and down the west coast. Spend two nights in the picturesque village of Shieldaig, followed by one in Sutherland, two in the northern town of Thurso and finish with two nights in Dornoch. The North Coast 500 Fly-drive costs from £945 pp (two sharing), including seven nights’ B&B in small hotels/guest houses, return flights (London-Inverness) and eight days’ car rental. Flights from Bristol, Birmingham, Manchester, Dublin and Belfast also available. Departures throughout March to November. 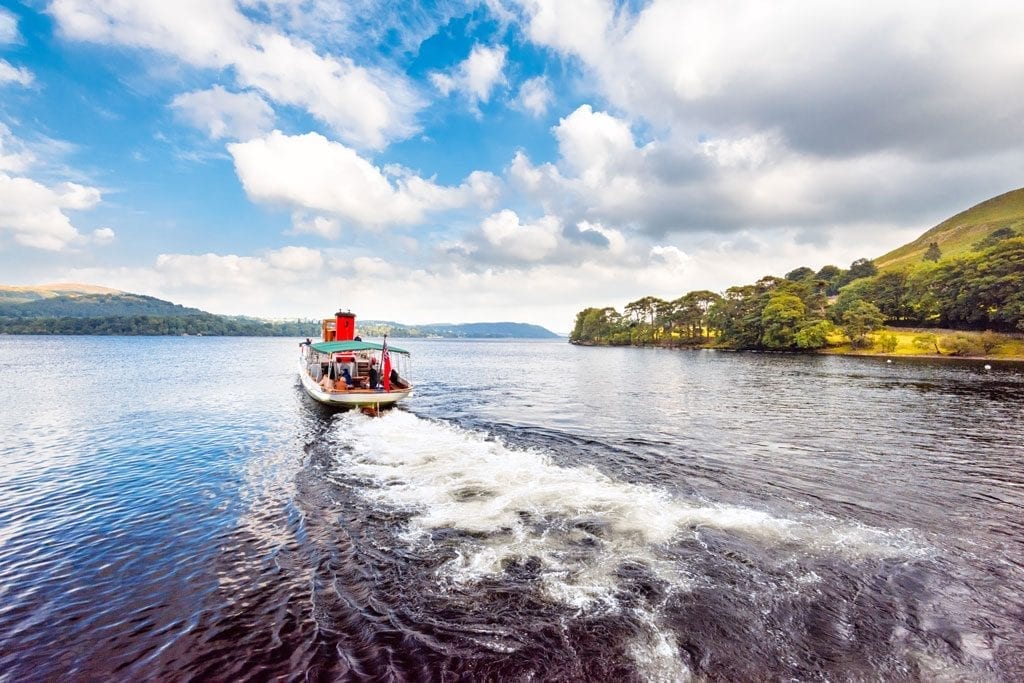 Explore England’s historic cities and stunning scenery by train, visiting York, Hadrian’s Wall, the Lake District, Chester and Bath. Ride a steamer on Ullswater and enjoy private guided excursions around Hadrian’s Wall and off the beaten track in the Cotswolds. Classic England by Train costs from £2,390 pp (two sharing), including 12 nights’ B&B in small hotels/guest houses, train travel from London to York, York to Haydon Bridge, Haydon Bridge to Penrith, Penrith to Chester, Chester to Bath and Bath to London, transfers in the Lake District, a York Pass, a private guided day tour of Hadrian’s Wall, a Round the Lake pass for Ullswater and a private guided tour from Bath to the Cotswolds. Departures throughout March to November. 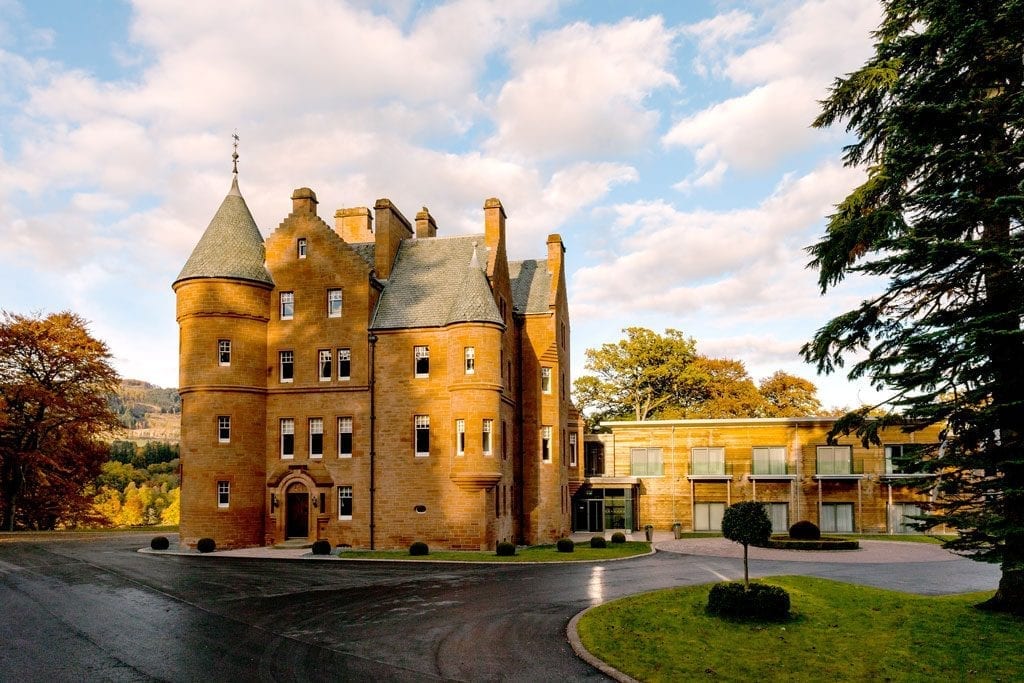 Rekindle the golden age of rail travel on a two-week round trip from London, taking in the historic cities of Bath, Chester, Edinburgh and York, plus awe-inspiring lake and loch scenery. Highlights include the Georgian grandeur of Bath, historic Chester, the Lake District, Scotland’s incredible Highlands (including a steam train trip on the famous Jacobite Express), magical Edinburgh and York’s iconic Minster and narrow lanes, ‘The Shambles’. Explore Britain by Train costs from £2,790 pp (two sharing), including 14 nights’ B&B in small hotels/guest houses (two nights in Bath, two in Chester, two in the Lake District, two in Spean Bridge, two in Inverness, two in Edinburgh and two in York), one dinner, standard-class train travel as per itinerary, first-class travel on the Jacobite Steam Train from Fort William to Mallaig, transfers and ferry crossings as per itinerary, a private guided tour of the Cotswolds from Bath, a private guided tour to Loch Ness, a Round the Lake Pass on Ullswater and a York Pass. Departures throughout April to October.

McKinlay Kidd, winners of Telegraph Travel’s “Best Specialist Tour Operator 2017”, are careful curators of self-guided, special-experience and tailor-made holidays in Scotland, Ireland and England. All trips come with personalised holiday documentation including directions, recommended routes and suggestions for places to visit. All accommodation and experiences have been personally tried and tested by the McKinlay Kidd team.

New Cycling Holidays from Inntravel for 2018